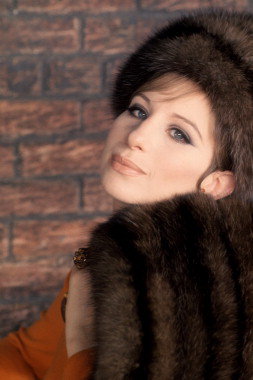 Barbra Streisand became the symbol of the refined and classy singers not only of her country but of the whole world was born in Brooklyn on April 24, 1942. From an early age, Barbra Streisand showed an uncommon talent for artistic activities, not just music. She is driven to fantasies and often absent herself with her mind to follow her hidden and private thoughts.

Sheldon’s younger sister of seven, her father, an esteemed professor, dies in her early thirties when she is only 15 months old. Closed in her solitude, she delights in imitating the stars she sees on television, which she consumes voraciously, also because of an early hypochondria that has afflicted her since she was a child. In the family, these “oddities” are definitely not seen in a good light.

Mother and uncles try to dissuade her from performing or singing. In particular, her appearance is not considered particularly pleasing, an attribute that in her mother’s eyes seems essential for a career in show business. Obviously, she had yet to explore the very singular sensual charge that Barbra will be able to release as an adult until she becomes a real “sex symbol” even if completely “sui generis”.

The mother, therefore, remained alone and could no longer stand that condition, so she began to date several men, all of them unfailingly unpleasant to little Barbra. One of them is Luis Kind who initially tries to please her but then, also because of serious disagreements with their mother, throws them both out of the house. Mother and daughter, at that point, are forced to look for an apartment with little money left. Luckily, Brooklyn has a poor attic for rent. It’s not the best place to live, but it’s better than nothing, especially considering the modest amount of money they manage to get it from. Meanwhile, Barbra Streisand starts singing for real. She wins a talented competition at Metro Goldwyn Mayer and starts thinking about perfecting herself by attending courses and lessons. Once again, her mother is against it because it’s too expensive.

So she reduced herself to singing in New York nightclubs. It’s the early ’60s. After a few years of apprenticeship, she finally gets her first Broadway part in a musical. Immediately afterward he got a contract with Columbia and released his first record, “The Barbra Streisand Album”, in 1963. The album sold a large number of copies, and within a few months Streisand recorded three more, but instead of taking advantage of her popularity as a singer, she decided to act again on Broadway, in the show “Funny Girl”, from which the song “People”, which enters the Top Ten, is based. In 1965, Streisand conducted her first TV show, “My name is Barbra”, and in 1967 she went to Hollywood to shoot the movie based on “Funny Girl”, for which she won an Academy Award. Safe, satisfied, financially and artistically, it seems that success can no longer get out of her hands. Unfortunately, instead, in the following years, she will face a series of flops.

Successive films are resounding setbacks; her name no longer seems to be enough to get people to tear tickets at the box office. Once again, it is music that saves the artist. The recording of “Stoney end” (a cover of Laura Nyro), leaps to surprise in the Top Ten, re-launching Streisand’s name at all levels. She then stars in the comedy “The owl and the pussycat” followed by the film “How We Were”, whose theme goes to number one on the charts; immediately afterward is the moment of “A Star is Born”, a film that contains “Evergreen”, another number one single.

From that moment on, every Streisand album sells at least one million copies. Recently, she set a personal sales record with “Guilty” (1980), written and produced by Barry Gibb (one of the members of “Bee Gees”); but cinema has also continued to give her satisfaction, for example with the fine and sophisticated soundtrack “Yentl”.In 1985, another musical success with “The Broadway Album”.

In the same year the film “The Prince of the Tides”. In 1994, however, sees the light a recording of some of his live performances, “The Concert” which sells millions of copies; in 1999 it is the turn of “A love like ours” while at the end of 2001 Streisand records his second album of Christmas songs, “Christmas memories”.It should be noted that this extraordinary singer and actress managed to achieve success by ignoring the most mass and popular music genre of the century, rock and roll.