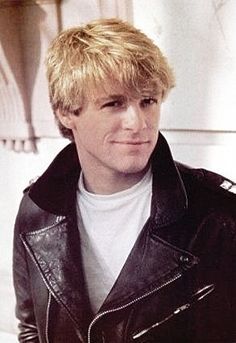 This is the biography Bryan AdamsWhen being a rocker is not a label like any other but it is something you have in blood when it is a way and a lifestyle that feels like one on your skin second nature. Bryan Adams fits this profile perfectly. It’s genuine, immediate, all guitars and drums exactly like his healthy and good rock’n’roll.

Born November 5, 1959, in Kingston, Ontario (Canada), of English parents (his father was a diplomat who took his family around the world), Bryan Adams became the most famous Canadian singer of the late 80s and 90s and is well known above all thanks to his ballads (of pure rock tradition) and to classic songs like “Summer of ’69” and “Cuts like a knife”, among other numerous songs whose melodies have often become catchphrases for having been choices from famous TV commercials.

The debut album of the same name dates back to 1980 and represented the basis for the launch, the following year, of his second album “You want it, you got it”, the first to establish itself, albeit in a minor tone, in the American charts thanks to a radio hit entitled”Lonely Nights”.

The third album “Cuts like a knife” was released in 1983 and will be the one that will succeed really to break through the rankings, even reaching the eighth position, whatnot just in the crowded and intricate panorama of overseas music.

With the great surprise of the producers, Bryan Adams even takes home an album of platinum, success then repeated in England three years later. The road now seems clear and in the following years the solid rocker does not disappoint expectations of producers who bet on him, arriving at the consecration first with a guest at “Live Aid” in Philadelphia and then duet with a star like TinaTurner on the notes of “It only loves”.

The end of the 80s, after long, nerve-wracking tours, brings Bryan Adams back to us in on a more reflective and “behind the scenes” look. He writes and prepares new pieces with this new co-producer and co-author Mutt Lange and contributes to the work of artists such as Mottley Crue, Belinda Carlisle, Charlie Sexton, and more. In 1988 he is still in the saddle, more vitamin than ever, in the concert in honor of Nelson Mandela at Wembley stadium in London.

In 1990 he took the Berlin stage hosting a special Pink Floyd performance: “The Wall with Rodger Waters “.All this is however overshadowed by the incredible success achieved by the album which is released in 1991, “Waking up the neighbors” which includes the hit”(Everything I do) I do it for you”; the piece – the theme of the successful movie ” Robin Hood -Prince of Thieves “, with Kevin Kostner – is a phenomenal chart success and manages to remain at the top of the English chart for 16 weeks (to date the single with the most permanence at number one in the history of British music).

It eventually sells three million copies and reaches the top of the charts around the world becoming the best-selling single of that year and giving Bryan Adams his first nomination at the Oscar. The singles released later, “Can’t stop this thing we started”, “Thought I’d died and gone to heaven “,” Please forgive me “and” All for love “turn out to be equally profitable commercially and will allow the singer to embark on a long tour in 1994which will take him to Southeast Asia, and during which Adams will become the first artist western rock to visit Vietnam since the end of the war.

On his return, tireless, he will churn out other laudable proofs, always welcomed by the public with enthusiasm. On the eve of 2000, Bryan Adams takes a break to successfully devote himself to photography. In 2002 he photographed Queen Elizabeth II for her Golden Jubilee, an image which is then used for a British postage stamp. After the release of the greatest hits titled “Best of me”, towards the end of 2000 he publishes a new album, in collaboration with composer Hans Zimmer; the disc will form then the soundtrack of the film “Spirit”, later nominated for a Golden Globe.

Among his latest efforts is “Room Service” (September 2004), recorded after three years. The work is produced by Adams himself, mixed by Bob Clear mountain and was largely recorded in hotel rooms or backstage during long tour European of the last two years. In 2008 the new album entitled “11” was released. Two years later he is present together to compatriot Nelly Furtado on the stage of the opening ceremony of the OlympicsVancouver Winter 2010