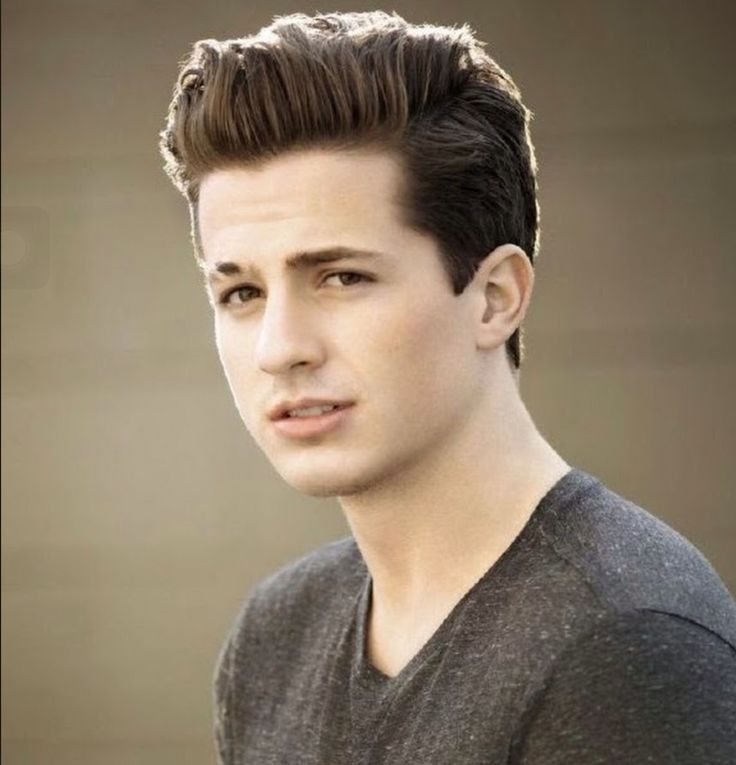 This is the biography Charles Otto Puth Jr. (Rumson, December 2, 1991) is an American singer, composer and record producer, Charlie said he was bullied at school many times, he also revealed on On Air with Ryan Seacrest that he had a nervous breakdown, it was simply caused by overwork, combined with jet-lag and fame”.

Charlie Puth was born in Rumson, New Jersey, the son of Debra, of Jewish descent, and Charles Puth, descended from German immigrants. At the age of four, thanks to his mother, he began to study piano, an instrument he still plays today.

At the age of 12, Charlie Puth wrote a Christmas album entitled Have A Very Charlie Christmas, giving his income to the church.he attended Holy Cross School, Rumson and Forrestdale Middle School, before graduating from Rumson-Fair Haven Regional High School in 2010. Charlie Puth during his seventh grade, studied jazz and classical piano at the Manhattan School of Music.Puth graduated in 2013 from Berklee College of Music, where he specialized in musical production and engineering.

Charlie in 2009-2014 early years
She started posting her first music videos on YouTube in 2009. One of them was the cover of Adele’s song Someone like You, which was very popular on the web. In 2010 Puth recorded a mixtape called The Otto Tunes. In October 2011, actress and presenter Ellen DeGeneres had Puth sign a contract with Emily Luther and her record label eleveneleven, after seeing their cover of Someone Like You on the internet, with which the two performed at The Ellen D.

In early 2015, Charlie Puth was pushed by his label to write a song that could be a tribute to the then recent death of actor Paul Walker, star of the Fast and Furious saga (as Brian O’Conner). After becoming popular by posting music videos on his YouTube channel, he achieved worldwide fame in 2015 with the single See You Again with Wiz Khalifa, written as a tribute to the late actor Paul Walker and featured on the soundtrack of the blockbuster film Fast & Furious 7. On 10 July 2017 the video of the song became the most watched video ever in YouTube history. Puth’s debut album, Nine Track Mind, was released in January 2016 and was preceded by the singles One Call Away and We Don’t Talk Anymore. In 2017, he released two tracks.

Attention and How Long from his second studio album, Voicenotes,Charlie Puth was contacted by rapper Wiz Khalifa, who decided to add more rapping verses by him to the song the single, titled See You Again, is taken from the soundtrack of the blockbuster film Fast & Furious 7, was released on March 17, 2015 and enjoyed great commercial success worldwide, topping the charts in several countries.

In August 2017 it has more than 3 billion views on Youtube, making it the second most watched video in history. The song also recorded more than 4.2 million hits on Spotify in a single day, breaking the record for most streaming of all time in a single day on a global scale. The song See You Again was nominated for three Grammy Awards: song of the year, best pop duo/group performance and best song.

It was also chosen for Best Song of the Year at the BBC Music Awards and nominated for the Golden Globe Award for Best Original Song. In June 2015, Charlie Puth will work with singer Meghan Trainor on her debut single Marvin Gaye.

It also has a good sales success and is at the top of the charts in the UK, Ireland and New Zealand, as well as the top ten in Australia, Austria and Sweden, also reaching 21st place on the Billboard Hot 100. Also in 2015, he released the single Nothing but Trouble with Lil Wayne, from the soundtrack of the documentary 808. During 2015, Puth worked on several albums by other artists: he co-wrote and produced Broke and Pull Up for Jason Derulo’s album Everything Is 4, co-wrote Bombastic with Bonnie McKee from the album of the same title, and produced Working Class Heroes (Work) from CeeLo Green’s Heart Blanche album. On September 14, 2015, he released the single One Call Away, the first single from his debut album, Nine Track Mind, released on January 29, 2016.

The latter, with rather mixed critical reviews, was awarded with the gold disc in both the United States and New Zealand. | On 24 May 2016 she released her second single, We Don’t Talk Anymore, released in collaboration with singer Selena Gomez, which reached the top 10 in 55 countries and the top 40 in more than 10, but above all it was a huge success in Italy, where both artists earned first place in the country’s charts. A further extract from the first album, Dangerously, was released on 2 November 2016.

In addition, Charlie was the producer of songs such as Slow Motion by Trey Songz and Hotline Bling by Drake. Another collaboration realized in this period is with Little Mix: Charlie is a guest on their song “Oops”, included on the album “Glory Days”.
During the We Don’t Talk Tour, Charlie played for Billy Joel’s concert in Pittsburgh, using the New York singer-songwriter’s piano.

On 20 April 2017 the singer released the single, Attention, the first excerpt from his second album. Voicenotes is the singer’s second studio album, which was released on 11 May 2018. In the first 24 hours after its release, the album reached number one on the iTunes charts in over 70 countries, and on 5 October 2017 he released the single How Long, the second excerpt from his second album, and Charlie co-wrote the songs Bedroom Floor and Lips On You for Liam Payne and Maroon 5 respectively. On January 4, 2018, Charlie Puth released the single If You Leave Me Now, in collaboration with the US band Soul-R&B Boyz II Men,he announced that Hailee Steinfeld will also be a special guest on his tour (July 11 to September 1).

On 15 March 2018 she will release her third single titled Done for Me, in collaboration with Hip Hop and US R&B singer Kehlani, with whom she had previously worked on a cover of Hotline Bling in 2015. Puth, for this song, claims to have been inspired by the well-known band Wham from the 1980s.

On 25 March he released Change, a new song written and sung together with US singer James Taylor.Charlie Puth previously performed this song on 24 March during the March For Our Lives event, a demonstration against violence and the use of weapons in honour of the victims of the massacre in Parkland (Florida).

2019-present: the new album
Beginning in 2019, Charlie Puth began to release new singles for a new recording project, the first of which was I Warned Myself, and in the following months Cheating on You and Mother. In the same period, the singer also collaborates with 5 Seconds of Summer on a remix of Easier. In 2020, Puth made two more collaborations: one with Gabby Barrett on the track I Hope, a single previously released by Barrett in a solo version with great success, and another with singer Lennon Stella on Summer Feelings.

Later, Puth released a new single called Girlfriend, thus resuming the promotion of his third album, which had been interrupted due to the covid-19 pandemic. On August 14th the second single Hard On Yourself was released in collaboration with Blackbear.