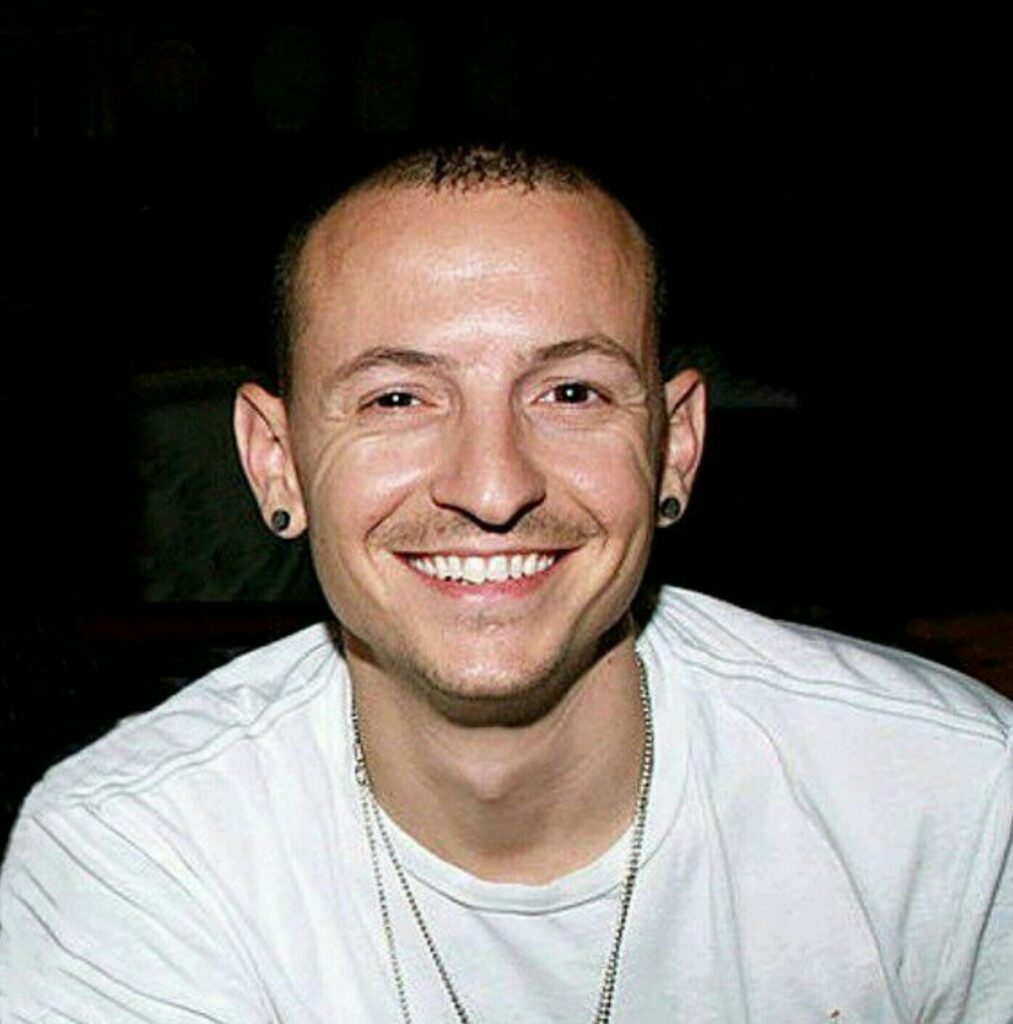 This is the biography Chester Charles Bennington (Phoenix, March 20, 1976 – Palos Verdes Estates, died July 20, 2017) was an American singer-songwriter and musician, mainly known for being the frontman of the music group Linkin Park and, between 2013 and 2015, also of the Stone Temple Pilots, as well as the parallel project Dead by Sunrise. In 2006 Bennington was ranked 46 on Hit Parader’s list of the 100 best metal singers of all time.

Of British, Dutch and Welsh origin, Bennington was the son of a policeman and a nurse and spent his first twenty years in Arizona. His parents divorced in 1987, leaving him with a brother and two sisters. After choosing to stay with his father, he was encouraged by his older brother to listen to groups such as Foreigner, Loverboy and Rush, whom he cited as his inspiration.

At the age of two he learned from his brother to sing a song, Foreigner’s Hot Blooded. Forced by his family situation to move to various cities in Arizona (Scottsdale, Tolleson, Tempe), Bennington started smoking marijuana at the age of 11.

He did not have an easy childhood: from 7 to 13 years old he was sexually harassed by a teenage boy (who he did not report because he found out that he was a victim) and suffered from addiction to hard drugs such as LSD, opium, methamphetamine and heroin. He also had to jump from one high school to another (Centennial High School, Greenway High School), until he graduated from Washington High School in 1995.

In his late teens, he started working as a bartender in the Bean Tree coffee shop.On May 12, 1996 he became Jaime’s father from a youthful relationship with Elka Brand. The same year Bennington met Samantha Marie Olit while working at a Burger King fast food restaurant and married her the following 31 October. From their union Draven Sebastian was born on 19 April 2002. The two divorced on 2 May 2005 and Bennington remarried the following 31 December with Playboy model Talinda Bentley.

On 16 March 2006 the couple’s first child, Tyler Lee, was born; in the same year Bennington adopted Isaiah (Jaime’s brother, had by Brand and another man). On 11 November 2011 Talinda gave birth to the twins Lily and Lila.

On 14 October 2007, during the concert held by Linkin Park in Melbourne, Bennington broke his wrist after jumping. Despite the injury, she continued the performance until the end and endured the pain. On 19 January 2015, just before the concert in Indianapolis (the third stage of The Hunting Party Tour), Bennington suffered another injury, this time to his ankle, forcing the group to cancel the tour in the following days.

In 1993, inspired by his favourite bands (Depeche Mode and Stone Temple Pilots) and driven by his dream of becoming a singer, Bennington (who had already started playing the piano in his early teens) started his own musical career as the singer of Sean Dowdell and His Friends?, recording the demo of the same name that year. After leaving the group, he joined Grey Daze, with whom he gained considerable popularity only in Arizona and released the albums Wake Me (1994) and …No Sun Today (1996). In 1998 Bennington left the band, and in 1998, due to Mark Wakefield’s abandonment, Xero and Jeff Blue began to search for a singer.

Blue contacted Bennington himself, who, three days after the call, performed an audition on the phone. Bennington was later convinced to move to Los Angeles, where he would be definitively chosen by the Xeros after a few auditions. In 1999 the Xeros changed their name to Hybrid Theory and published the homonymous EP in the same year. It was thanks to this record and some concerts that they managed to sign a contract with Warner Bros.

Records towards the end of the year.
After changing their name to Linkin Park, on 24 October 2000 they released their debut album Hybrid Theory, which featured the singles One Step Closer, Crawling and In the End. Hybrid Theory became the most successful album of the nu metal genre, with more than 27 million copies sold worldwide, and the band released six more studio albums, the last of which, One More Light, was released in May 2017.

On May 18, 2013 Bennington performed with the Stone Temple Pilots at KROQ Weenie Roast, bringing the unreleased Out of Time to debut. In a video interview after the concert, Bennington declared that he was the new singer of the group, without abandoning Linkin Park, which he considered his main group. On July 15, Stone Temple Pilots announced a North American tour, which began in September, and the EP High Rise, published on 8 October 2013.

Bennington nevertheless left the group in a friendly manner on 9 November 2015 due to his inability to attend both Stone Temple Pilots and Linkin Park at the same time.Bennington was found dead at his residence in Palos Verdes Estates, California. Bennington’s funeral took place on July 29th at the South Coast Botanic Garden in Palos Verdes Estates, which was attended not only by family members and members of Linkin Park, but also by musicians who have played with the band over the years.

To pay tribute to his memory, some of his former companions in Dead by Sunrise and Grey Daze joined him for a tribute concert in Las Vegas on September 2nd. On October 27, the remaining members of Linkin Park held a tribute concert, Linkin Park and Friends: Celebrate Life in Honor of Chester Bennington, at the Hollywood Bowl in Los Angeles, which was attended by several singers and musicians such as Jonathan Davis from Korn, M. Shadows and Synyster Gates from Avenged Sevenfold, Daron Malakian and Shavo Odadjian from System of a Down, Oliver Sykes from Bring Me the Horizon and Steve Aoki.

Further tributes were given by Jared Leto at the MTV Video Music Awards 2017, Jay-Z on several occasions, singing Numb/Encore, and Chris Martin of Coldplay, who played Crawling during a concert at East Rutherford’s MetLife Stadium. On 5 December 2017, Billboard magazine wrote that Bennington’s toxicology report showed “a trace” of alcohol in the singer’s body at the time of death.