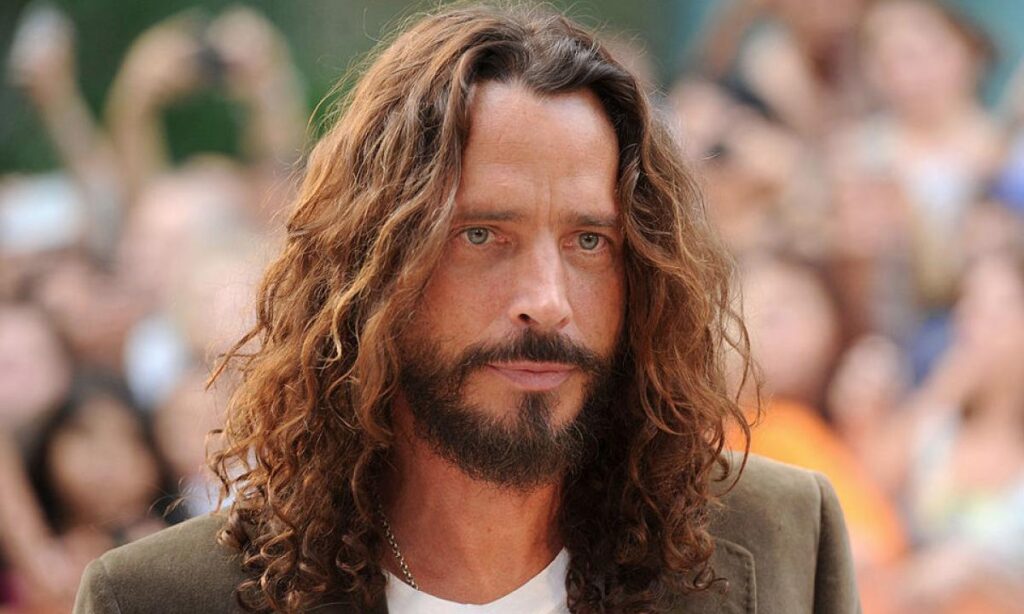 This is the biography Chris Cornell, born Christopher John Boyle (Seattle, 20 July 1964 – Detroit, 18 May 2017), was an American singer and musician, known mainly for being the frontman of the music groups Soundgarden and Audioslave. His career began in Soundgarden, formed in 1984 and dissolved in 1997 (later reunited in 2010); his name is also linked to the grunge supergroup Temple of the Dog. From 2001 to 2007 he formed, together with former members of Rage Against the Machine, the group Audioslave, of which he was the lead singer.

He was educated at Christ and the King Catholic School where he performed the song One tin soldier for the first time. He then changed schools and moved to Shorewood High School but was expelled because he was too restless.

Chris grows up listening to Little Richards and Beatles. His passion for the Fab Four was born after he found some old vinyl abandoned in his neighbours’ basement. But all he will do is lock himself in the house. Music is his only friend, the only way out to defend himself from a spiral of anxiety and depression,at the age of 12 he has his first contact with drugs and alcohol which he begins to use daily. At 13 she manages to stop but it is too difficult and she will soon start abusing it again.

As said, the only way out is music. From an early age he starts taking piano and guitar lessons but it is the drums that save his life. Before becoming an established musician he did the most humble jobs as a dishwasher, delivery boy, fishmonger and assistant chef at Ray’s Boathouse in Seattle.

He started playing in a cover band called The Shemps with Hiro Yamamoto. After Yamamoto’s release, Kim Thayil is hired. Chris and Hiro are still in touch and after the band breaks up, they decide to rehearse together with Kim.In 1984 Chris Cornell, Hiro Yamamoto and Kim Thayil formed the Soundgarden,the name comes from an artistic installation by Douglas Hollis in Seattle, called A Sound Garden, in which the blowing of the wind produced strange sounds.

Chris dabbles in vocals and drums: Scott Sundquist is hired on drums so that Chris can concentrate on his immense vocal skills.
The band’s first release ends in the Deep Six compilation for C/Z Records. Shortly afterwards Sundquist leaves the band to dedicate himself to his family and is replaced by Matt Cameron.

The band is successful and is contracted by Sub Pop with whom he records two EPs: Screaming Life and Fopp. The first album Ultramega OK is under the SST label and earns him a Grammy Award nomination as Best Metal Performance.

Later they signed for A&M, becoming the first grunge band to sign for a major with which they released Louder than love. After the release of the album Yamamoto left the band to continue his studies and was replaced by Jason Everman, former guitarist of Nirvana. Immediately after the end of the tour Everman is fired and is replaced by Ben Sheperd.

In a short time the band achieved success and above all with them a new genre was born: grunge. An explosive mix of hard rock, heavy metal and punk rock that has among its exponents, besides Soundgarden, Kurt Cobain’s Nirvana, Pearl Jam, Alice in Chains, Mudhoney and Mother Love Bone.

Chris and Andrew Wood share the same flat, as well as a strong passion for music. Andrew is the vocalist of Mother Love Bone. On 19 March 1990 he died of an aneurysm caused by an overdose. After his friend’s death, Cornell created Temple of the dog with Matt Cameron, Jeff Ament, Stone Gossard, Mike McCready and Eddie Vedder.

The band released an evocative album of the same name that remains a pearl set in the black of the grunge movement, the band exposes itself to the mainstream and in 1994 releases the album Superunknown that takes them to the top of the charts thanks to the song Black hole sun, which will become the poster song of the 90s.

Sales were flying and the two singles, Black Hole Sun and Spoonman, won the Grammy Awards, and in 1995 they released the album Down on the upside, a musically less powerful album than the previous one, which was very successful in terms of sales even if far from the previous one,the band no longer seems the same and in 1997 decides to break up due to too many internal tensions.

In 1998 he began working on a solo project with Alain Johannes and Natasha Shneider of Eleven. The album Euophoria Morning comes out (the last remaster is titled Euphoria Mourning) which is not very well received by critics despite the 393,000 copies sold and the Grammy Award nomination as Best Male Rock Performance of the song Can’t change me.

In 2001 Rage Against The Machine had no singer: Zach de la Rocha left the band in search of a new vocalist. Who better than Chris Cornell? Probably nobody! Although Chris was busy writing his second solo album, he accepted the invitation and joined the band. Thus Audioslave was born.

The first album of the same name is certified 3 platinum records. It was a rather complicated period for Chris, struggling with the divorce from his first wife Susan Silver and especially trying to stay away from alcohol and drug abuse, in 2005 they released their second album Out of Exile, which was better received by critics and will remain in the annals of music history the live in Cuba on May 6, 2005 in front of 70 thousand people.

In 2006 the band returned to the scene and released Revelations. Chris Cornell’s battle against drugs and alcohol seems won. Tom Morello confirms that it was the first recording in which he did not smoke, drink or use drugs. But the band, however, has no future and irreparable disagreements, according to Cornell, lead to the dissolution.

Chris’s solo career began again in 2007 with the publication of The roads we choose – A retrospective, a compilation covering the singer’s entire career. A few months later the second album Carry on. During the recordings Chris has a bad car accident with his motorbike but despite his serious injuries he manages to save himself and returns to the studio the next day.

In 2009 the most controversial album of the singer’s entire career was released. Born from a collaboration with Timbaland, Scream is released: a mix of r’n’b, hip hop, rap that has nothing to do with his previous career and musical background. But it was his greatest commercial success.

In 2010 Chris announced the Soundgarden reunion through his website. Initially it’s just to release old songs, then the 4 of Seattle return to the studio and record a new album with a consequent tour. They sign the soundtrack for the movie The Avengers with the song Live to Rise. King Animal, their sixth studio album, is released in 2012 and is well received by critics.

Despite his commitment to Soundgarden, Chris continues the tour with the Songbook Tour. Already in 2009 he had started a series of acoustic concerts that were a good success. The result is an entirely acoustic live album called Songbook.

In 2015 he releases the solo album Higher truth: an intimate, almost entirely acoustic album with sweet melodies. A record that warms the hearts of fans and that takes the previous album light years away. The last and unexpected pearl is the single The Promise, part of the soundtrack of the homonymous movie.

After a concert with Soundgarden on the night between 17 and 18 May 2017, Chris Cornell is found dead in his hotel room in Detroit. The death occurred by hanging and the case is closed as a suicide, the death of Chris Cornell pains fans around the world, who still wonder why the insane gesture.