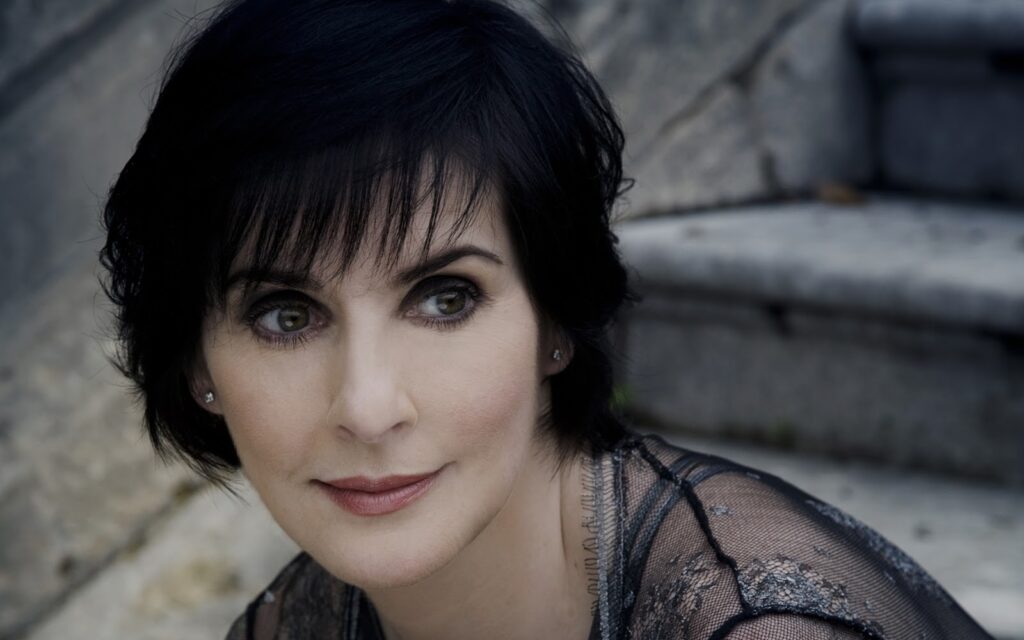 This is Biography Enya was born on 17 May 1961 in Dore, a small town in the north-west of Ireland, in one of the areas where the Gaelic language is spoken and ancient Celtic traditions are preserved. Eithne Nì Bhraonàin (Gaelic name translated into English as Enya Brennan, meaning ‘daughter of Brennan’), aka Enya, is one of the singers who has sold the most records in the world during her long career.

Her mother Baba was a music teacher, while her father Leo, as well as running a pub in Meenalech (Leo’s Tavern), played for years in a traditional Irish music band. From an early age (when her parents entertained her and her siblings by singing Celtic fairy tales in Gaelic, featuring fairies, wizards, dragons and knights), Baba’s music was played by a traditional Irish band.and set in fantasy worlds), the future singer, the fifth of nine children, cultivates a passion for music and the world of fantasy.

It is because of this origin that the singer, during her 20-year career, has given the world fascinating songs steeped in Celtic sounds, often combined with her classical training. Diligent in her studies at Loreto’s College in Millford, she showed a particular interest in literary and artistic subjects such as drawing and piano. He studied classical music and perfected his skills on his favourite instrument, the piano.

In the meantime, three of her brothers and two uncles had formed ‘The Clannad’, an Irish music group with jazz overtones, which Eithne joined as vocalist and keyboardist in 1980. After the release of two albums, ‘Crann Ull’ and ‘Fuaim’, and after numerous performances (the last being the European tour), Enya left the group in 1982 and moved to Artane, a small town north of Dublin, with Nicky Ryan and his wife Roma, both from Belfast. Nicky Ryan had previously worked with Clannad, arranging the music and assisting the producer. For this Nicky had owned a recording studio for years, which was then so cleverly exploited.

It was while working with Clannad that Nicky noticed Enya’s vocal abilities: the young pianist already possessed the concept of different ‘voice levels’…with some help, she could have had a good solo career. In 1984 she completed her first work, the soundtrack for the film ‘The Frog Prince’, but the decisive step was the assignment she received from the BBC (1986) to create the sound-track for documentaries on Celtic civilisation.

Following this opportunity, the Irish singer released the album ‘Enya’, with which she abandoned her first name. This album reached number 1 in the Irish charts. This was the beginning of Enya’s solo career, a career that has always seen her at a high level, even participating, for example, in the album of her illustrious compatriot Sinead O’Connor, “The Lion and the Cobra”, in which she reads a passage from the Bible in Irish in the song “Never Get Old”.

Enya’s real success came in 1988, however, when she signed a contract with the multinational WEA and released her second album ‘Watermark’, a big hit that literally topped the sales charts. The numbers? Over ten million copies worldwide. The work went platinum in 14 countries, thanks in part to the single ‘Orinoco Flow’, which, despite the simplicity of a repeated refrain, is striking for its liveliness and sound architecture. This song is still undoubtedly his most famous.

In 1991, “Shepherd Moons” confirmed Enya’s success with some eleven million copies sold and remained on the US weekly “Billboard” chart for almost four years! The sweet waltz melody of “Caribbean Blue” won over the critics and in 1992 the Irish singer won the Grammy for “Best New Age Album”. In the same year “Enya” was re-released under the name “The Celts”, while it was not until 1995 that another great success was released, the splendid “The Memory of Trees”.

After these great successes, it was time for compilations, commercial operations that always seal a career and represent a point of arrival. Paint the Sky with Stars-The best of Enya” was released, with which Enya made a name for herself in Italy (in the two weeks between Christmas and New Year’s Eve, she reached number one in the Italian charts). At the same time, a collection entitled “A Box of Dreams” was released, containing three CDs (“Oceans”, “Clouds” and “Stars”) covering her entire career since her debut in 1987.

In mid-November 2000, “A Day Without Rain” was released: the title refers to the feeling of peace that can be felt on a sunny day in the inclement Irish climate, the day on which the sonata that gives the album its name was written. In 2002, Enya won another Grammy for the album ‘A Day Without Rain’, judged ‘Best New Age Album’.

Yes, because it must be said that Enya’s music, with its mellifluous melodies and indeterminate atmospheres (as well as its Celtic or mythological suggestions), immediately became a champion of the New Age movement, whose “followers” seem to appreciate this type of music very much. At the end of 2002, “Only Time – The Collection” was released, a 4-CD set containing almost all of Enya’s career, from “The Celts” to “May It Be”. A discographic monument for a sales record-woman like few others have ever seen.

After five years of near-silence, Enya’s star did not appear to be dimmed at all: she returned in 2005 with the album “Amarantine”, a title dedicated to amaranth, “the flower that never withers”, as she herself explains.