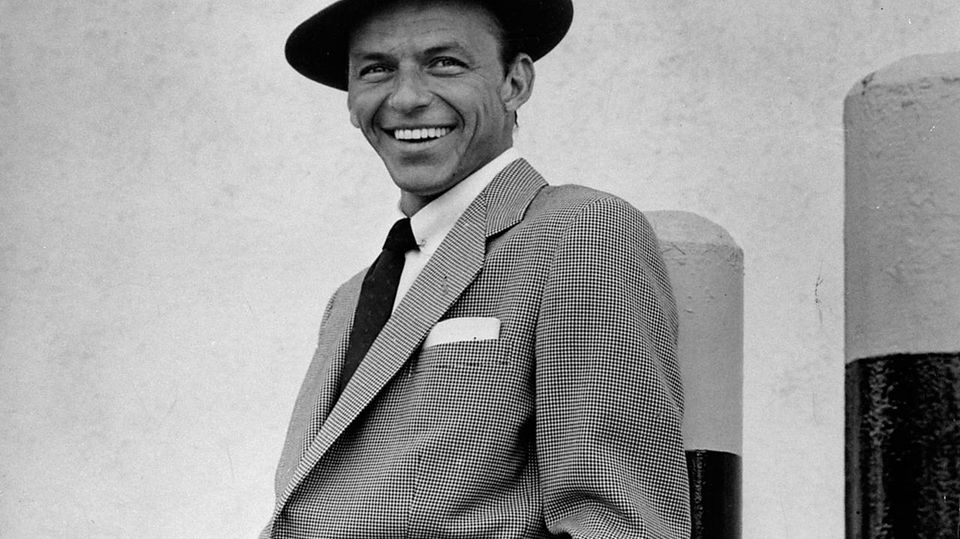 This is Biography Frank Sinatra was born in Hoboken, New Jersey, on 12 December 1915, and lived a harsh and humble childhood: his mother Dolly, of Ligurian origin (Tasso in the town of Lumarzo), was a midwife and his father Martin, an amateur boxer of Sicilian origin (Palermo) Italy , was a fireman.

As a young boy, Frank is forced by economic necessity to do the most menial jobs. Brought up on the streets and not in school, he first worked as a longshoreman and then as a painter and crier. At the age of sixteen, he has his own band, Turk,Frank Sinatra went down in history as ‘The Voice’ for his unmistakable vocal charisma.

During his career, he recorded more than two thousand two hundred songs for a total of 166 albums, dedicating himself, with good luck, to the big screen, and aspects of his private life can be seen in his many successful films. A famous Latin lover, he married four times: the first when he was twenty-four, with Nancy Barbato, from 1939 to 1950, with whom he had three children: Nancy, Frank Jr. and Christina who, at the time of their separation, were respectively eleven, seven and three years old.

Then, from 1951 to 1957, Sinatra has an intense love affair with Ava Gardner, who fills the pink chronicles of the newspapers of the time to the sound of criticized confetti (he leaves his family for her), of beatings and quarrels.For only two years, from 1966 to 1968, he is united in marriage with the actress Mia Farrow and from 1976 until his death he remains at the side of his last wife, Barbara Marx.

Always close to human rights causes, in the early 1950s he sided with his inseparable friend Sammy Davies Jr. in favour of the blacks, and until the very end did not shy away from making noble charitable gestures in favour of children and the underprivileged classes, his star knew no shadows.

It was only between 1947 and the early 1950s that he went through a brief professional crisis due to an illness affecting his vocal cords. The moment of tarnish was brilliantly overcome thanks to Fred Zinnemann’s film ‘From here to eternity’, in which he won the Oscar for Best Supporting Actor.

Among the many accusations made against the most famous performer of the century, as he is considered by many to be, was that he had ties to the Mafia. Especially with the gangster Sam Giancana, owner of a casino in Las Vegas.

The song that perhaps represents him most in the world is the famous ‘My Way’, taken up by many artists and revisited in many versions.

Among the latest tributes that America has paid to this great showman, there is a special gift for his eightieth birthday in 1996: for his blue eyes, the Empire State Building lit up blue for one night, amidst glasses of champagne and the inevitable celebrations to which The Voice is accustomed. The tribute was repeated on the occasion of his death on 14 May 1998.

1950 – Swing and Dance with Frank Sinatra

1957 – A Jolly Christmas from Frank Sinatra

1958 – Frank Sinatra Sings for Only the Lonely

1968 – The Sinatra Family Wish You a Merry Christmas