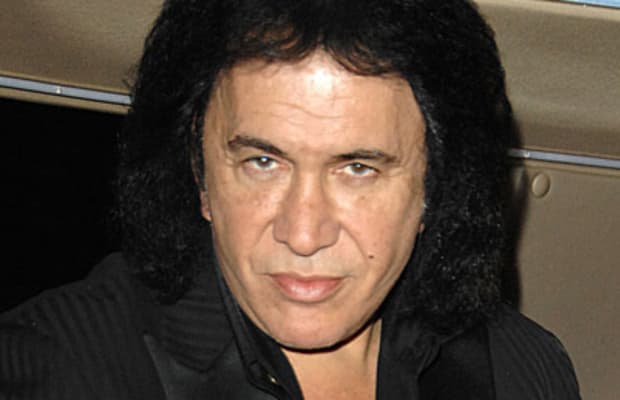 This is Biography Gene Simmons was born in Haifa, Israel, on 25 August 1949,his fame is mainly linked to the world-famous American rock band Kiss, which he founded with Paul Stanley in 1973. However, apart from being an excellent bass player and an unmistakable singer, he is also a record producer and sometimes a brilliant talent scout.His name is linked to the careers of bands such as Van Halen and House of Lords, Silent Rage, Doro and the Japanese band EZO, among many others. In the last years of his career, he took part in some films and also in some American television formats.

The story of the leader of Kiss goes back a long way. His parents, Feri Witz and Florence Klein, Hungarian Jews, almost miraculously escaped the Holocaust during the Second World War. However, little Chaim, a native of the newly founded state of Israel, soon had to deal with his parents’ separation. At the age of eight, in 1957, he moved to the States with his mother and changed his name for the first time to Eugene Klein, taking his mother’s surname.

Until he came of age, the future Gene Simmons was an excellent student, with the only distraction being music, which he had always been passionate about. One of his idols was the rockabilly singer-songwriter Jumpin’ Gene Simmons, which is why, in the late 1960s, he changed his first and last name in honour of the musician.

He graduated from the State University of New York and one of his first work experiences was as a teacher, in the Harlem district to be precise. At the same time, he worked in journalism, collaborating with some important magazines, such as Glamour and Vogue. In 1968, however, he turned to music and formed his first band, Bullfrog Bheer.

A few years later, Gene Simmons met Paul Stanley, in the group of Wicked Lester, his second line-up, with whom he also recorded an album, never released. The experience lasted for some time and then fell apart. The only ones who remain from Wicked are Simmons and Stanley, who are increasingly determined to start a new band. This time, however, they wanted the spirit to be more aggressive and the genre they chose was hard rock.

It was in 1973 that they founded Kiss. The first to be recruited was Peter Criss, the drummer, who owed his entry into the band to an advertisement in Rolling Stones magazine. Then, after a few months, it was the turn of guitarist Ace Frehley. Ace Frehley is said to have turned up when the audition was almost over, wearing orange and red shoes. Simmons and Stanley were allegedly overwhelmed by the guitarist, who, seeing that the two were about to tune-up with one of his colleagues, plugged his guitar into the amplifier and started playing suddenly, gaining their attention. However, it didn’t take them long to become known. Kiss is a glam band, as are Alice Cooper and David Bowie, and the 1970s were the years most affected by this musical phenomenon.

Soon, watching the performances of Queen (Freddie Mercury and Brian May) and T-Rex, Simmons and his bandmates realized the importance of live performance, theatricality and always having to put on a show for the audience, regardless of the music, each member of the band becomes a character and Gene chooses to be ‘The Demon’, facilitated by the make-up and costumes. The rest is the scene during concerts, with tongue out (a gesture that would become world-famous), musicians breathing fire, and spraying synthetic blood on the crowd.

To complete the work there is also a strong focus on the logo, on the name of the band, with the writing KISS all capitalized and the last “S” in the shape of lightning. The latter idea is Ace Frehley’s, in February 1974, Casablanca Records produced Simmons’ first record with Kiss, which bore the same name as the band. They set off on their first tour and despite the TV appearances and a lot of money invested for promotional purposes, the record sold just 75 thousand copies.

On 22nd October of the same year the band released “Hotter Than Hell”, darker than the previous one, much more hard rock. The turning point is in the lyrics, like the title track, which deals with one of the topics that will become a favorite of the band and Simmons in particular: sex. The second album didn’t sell very well and the band abandoned the tour to start recording “Dressed to Kill”, which was released in March 1975.

This record was a great success and is considered one of the band’s best works, with tracks like “Rock Bottom” and “C’mon and Love Me”, as well as the evergreen “Rock and Roll All Night”. During this period, Kiss became the true pioneers of the heavy metal genre, especially for their concerts. On 10 September 1975, their first live album ‘Alive!’ was released. It was a huge success and brought the band four platinum records. Moreover, the fact that they never went bare-faced, neither on TV nor live, only added to the legend of the band.

In 1976 and 1977, Simmons and his bandmates recorded ‘Destroyer’ and ‘Love Gun’, two more albums that were very popular with fans. The former was a formidable success in terms of sales, with standout singles such as “Detroit Rock City”, “God of Thunder”, “Shout It Out Loud” and the hit ballad “Beth”. In Japan, the band outsold the Beatles. To this success should be added the money earned from their signature gadgets: from comic books to face make-up kits, dolls, condoms, coffins, slippers and underwear. The logo became a registered trademark.

From the 1980s onwards, Gene Simmons also turned to the cinema. The tenor of the films for which he lends his face is not always exciting. He took part in “Runaway”, with Tom Selleck, the star of the Magnum P.I. series, and in films such as “Death on 33 RPM”, with Ozzy Osbourne. He even appeared in an episode of the TV show ‘Miami Vice’.

Meanwhile, on 18 September 1978, all four members of the band released their first solo album, following a well-proven marketing procedure. While Paul Stanley and Ace Frehley kept to hard rock with their albums, Peter Criss leaned towards R&B, and Gene Simmons, on the other hand, with his self-titled album, performed in different musical languages, from hard rock to a pop inspired by the Beatles’ sound.

In 1979, ‘Dinasty’ was released. In June 1980, the band began its adventure with a new drummer, Eric Carr, known as “The Fox”, who replaced Criss, who was already prey to drugs and alcohol and, above all, had a car accident that compromised his ability as a musician. Meanwhile, Simmons and Frehley argued on television, another symptom of the band’s malaise.

In 1981, Kiss released the album “Music from The Elder”, produced by Bob Ezrin and with the collaboration of Lou Reed. The album was a failure from a sales point of view, the fans didn’t like it and the band didn’t even go on tour, except for a few television performances, such as the 1982 Sanremo Festival as foreign guests. In the same year, Ace Frehley was dismissed from the band, both for his disagreements with Simmons and Stanley and for his drug addiction. After a short period with Bob Kulick, he was replaced by Vinnie Vincent: “The warrior”.

With the new member, two not so exciting albums were released, such as “Killers” and “Creature of the night”, but it was only in September 1983 that Kiss made a comeback, with the presentation of their new album on the MTV channel, for the first time without make-up and costumes, bare-faced.

The album is called ‘Lick It Up’ and goes platinum. It was the start of a new musical journey, with hair metal elements. However, after the tour, Vincent left the band. In comes Mark St. John, who plays almost all the guitar parts on the 1984 album “Animalize”, Kiss’s best-selling album of the decade. Simmons, along with his alter ego Stanley, released “Asylum”, “Crazy Crazy Nights” and “Smashes, Thrashes & Hits” in 1985, 1987, and 1988, respectively. In 1989 “Hot in the Shade” was released, elaborate and much appreciated for its single “Forever”.

Ezrin returned for the 1990s, but the band lost its drummer, Eric Carr, to cancer on 24 November 1991, a few years passed for Simmons and the rest of the band, which were not very exciting, with several changes within the band. Then, on 28 February 1996, Kiss reunited with their original line-up, the first ever, at the thirty-eighth Grammy Awards.

It was a full-fledged reunion, complete with facial make-up and disguises, and on April 16, 1996, the band announced a tour with their original line-up. The first concert came on 28 June in Detroit’s Tiger Stadium, followed by 192 other shows around the world. It was an unprecedented success, perhaps Simmons and Co.’s biggest ever. Between albums and concerts more or less with the original line-up, at least as long as Carr held out without any health problems, we arrive at 2000, the last year of the old Kiss together.

The band members worked much more on their own individual projects, as confirmed by Gene Simmons’ album “Asshole”, released in 2004, which also featured important guests such as Bob Dylan, Dave Navarro, and Bruce Kulick. Despite this, critics and fans did not appreciate the work. In 2006, the bassist and founder of the band took part in four successful shows with the band in Japan. In 2008, he returned to the road with the Alive 35 Tour.

The following year, he released ‘Sonic Boom’ with Kiss, touring Europe the following year, on 1 October 2011, after some 27 years of living together, Gene Simmons married Shannon Tweed at the Beverly Hills Hotel in Los Angeles. Among the guests were, of course, their two children, Nick and Sophie, born in 1989 and 1992 respectively.